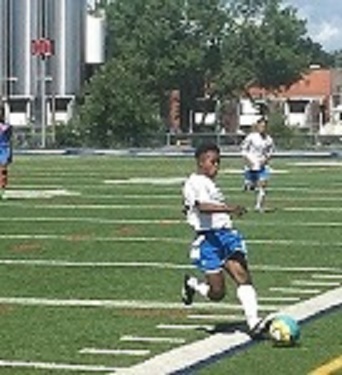 Kabamba plays in the U16 AAA league, which is the best league for his age group. He was a member of team Quebec (2016-1017), and a member of the Regional selection. Kabamba was nominated for the MVP of the league (2016-2017). He won the MVP and was the best scorer in 2015-2016 for the province of Quebec. He won the best scorer of his league many times. Kabamba was named the best player in the region of Quebec city in 2014-2015. He is presently the captain of his team. Kabamba won a prize for the best academic student as he had the best average in his high school.

Kabamba is extremely fast and quick. He has great technique, he uses both feet with ease and has a great control of the ball. He has a high IQ for the game, with great vision. He has an excellent shot and his passes are very accurate. He is very strong and is dominant in defending. Kabamba is a polyvalent and a complete player but he is also spectacular player to watch.

Kabamba is a great leader and he is a very good communicator. He is a team player and is very coachable. He is very serious in his studies and his soccer. Kabamba is a success story and this is just the beginning of his journey.